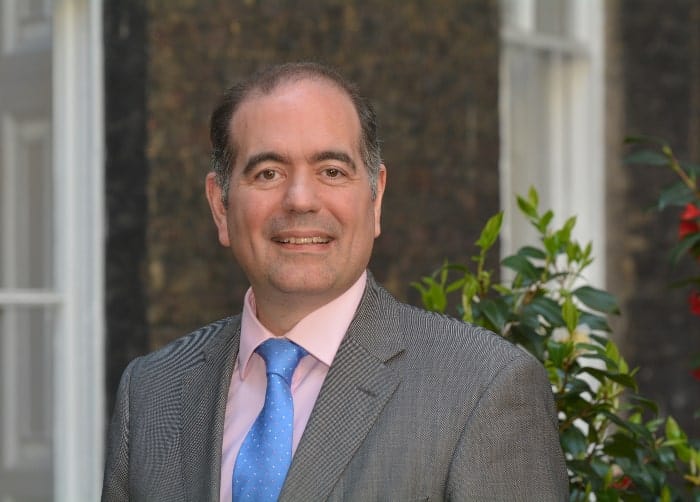 The roots of Finito go back nearly 30 years to when Ronel Lehmann, Founder and Chief Executive, took on his first role with the leading insurance recruitment firm IPS Group. Ronel immediately set about helping individuals find alternative employment, drawing on their strengths and weaknesses, likes and dislikes, and matching them with employers and posts that suited them.

Since then, Ronel’s wide ranging career in the City has included roles as a stockbroker and a public relations adviser with Citicorp Scrimgeour Vickers, McAvoy Wreford Bayley and Citigate Dewe Rogerson, before he founded his own agency, Lehmann Communications in 1988. He launched Finito in 2016 as the latest venture in a long and illustrious City career, having continued to help people work to their strengths throughout his working life.

He has been widely recognised as one of the UK’s leading communications experts, in particular for organisations in the corporate, financial, professional services and luxury brand sectors. He became well known for his crisis communications work for clients, has an extensive network and frequently comments about items of interest in newspapers, television and radio.

In April 2014, he was invited to appear as a Witness to the Treasury Select Committee to give evidence on SME bank lending, a cause that he has championed vociferously.

Ronel has previously served on the Council of the University of Buckingham, as a director of an international Chamber of Commerce and as chair of a £6.5 million Capital Appeal for Demelza. He assisted the Ballet Rambert Campaign Committee to raise £19.6 million for Britain’s National Dance Company and has been a Trustee of Noah’s Ark Children’s Hospice and Chairman of giveonthemobile.

He is a Governor of the City of London School and a former President of the John Carpenter Club, which represents Old Citizens of the School. He has helped Noah’s Ark Children’s Hospice to raise £10 million for a state of the art building that recently opened in Barnet and has been appointed Chair of the University of Buckingham Capital Appeal, which is raising £50 million.

He is a Freeman of the City of London, a member of the Chartered Institute of Public Relations and Fellow of the Royal Society of Arts.