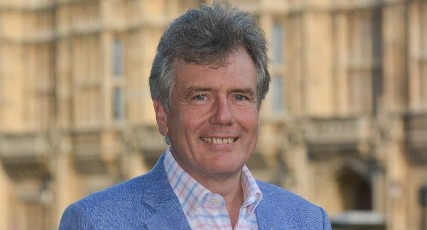 Neil Carmichael represented Stroud as a Member of Parliament from 2010 to 2017, and served on the Education Select Committee throughout that period, latterly as Chair. Now a respected writer and speaker on education issues in the UK, Neil is currently writing a book about reforming education, and has lectured at the University of Nottingham and appeared as a keynote speaker at frequent conferences.

Neil is CEO of UCEC, a company that encourages a cooperative relationship between UK and China in education, with a focus on early years. He is a Senior Adviser at PLMR, the London-based public affairs and communications agency, and is a Non-Executive Adviser on Education at Wild Search, the executive search and advisory firm. He is also Chair of the Board of Trustees at FESTOMANE, the Festival of Manufacturing and Engineering, which is a voluntary organisation helping young people to learn more about engineering and manufacturing. He’s also Chair of the Future Skills Commission and the Association of Dental Groups.

He is Honorary Professor of Politics and Education at Nottingham University and the UCL Centre for Teacher and Early Years Education.

Neil is engaged with a Westminster Foundation for Democracy project to develop parliamentary scrutiny of education policy in Myanmar, and is a Trustee of the Sir Heinz Koeppler Trust, promoting international peace and security. Two years ago, he established Modern Europe, an independent think tank with a special focus on engaging with young people.

Neil’s other interests include the environment and Europe. He piloted the Antarctic Act 2013 through Parliament and was an active member of the House of Commons Environmental Audit Committee for five years.

He farmed livestock in Northumberland for 17 years and retains the land holding, where several woodland areas have been created.